Be Ready! Wilbert Tolentino’s first ever fan meeting will be hold on BIGO Live 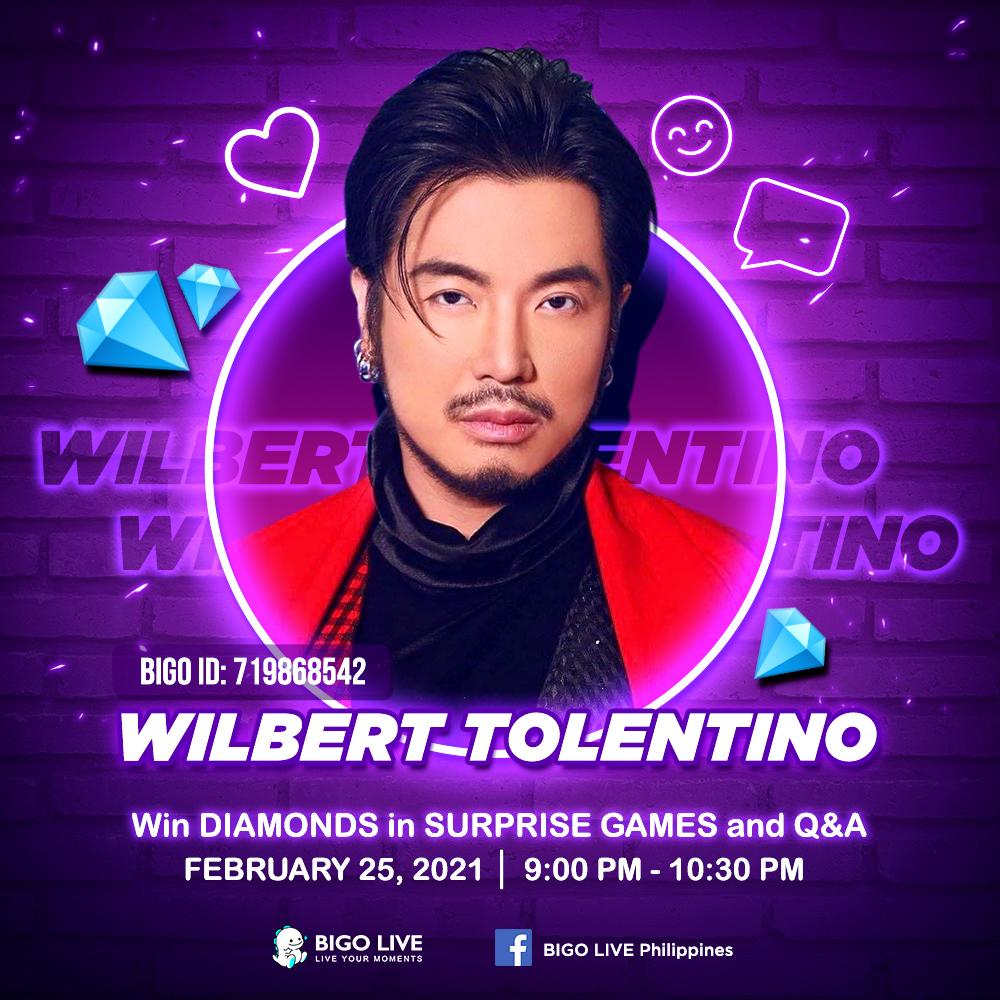 The very talented businessman and a latest vlogger Wilbert Tolentino, will be having his first ever fan meeting on BIGO Live for his fans and for all the BIGO users via virtual livestream this upcoming February 25, 2021 at exactly 9:00 pm PHT. It’s time for the fans to ask drastic and fun questions and can get a chance to win BIGO diamonds in an interactive segment. Be there and follow Wilbert on BIGO LIVE ID: 719868542 and tune in to his livestream for this exclusie chance to meet him and win amazing prizes.

Leading live streaming platform BIGO LIVE has proven to be a popular source of entertainment for Filipinos, especially with community quarantines around the country. The platform has seen users creating vibrant virtual communities for all sorts of content including but not limited to: singing, dancing, mukbang, makeup tutorials, and even paranormal activities for horror-lovers.

Best known for being an LGBTQ advocate and for founding and producing several prominent gay beauty pageants, this meet-and-greet with Wilbert Tolentino is part of BIGO LIVE’s efforts to provide exclusive opportunities for the community to interact intimately with their favorite local personalities. Most recently, BIGO LIVE saw YouTube comedian Boss Keng bring his comedy skits onto its platform.

Fans can prepare for the upcoming Livestream event by downloading BIGO LIVE here.

BIGO LIVE is one of the world’s fastest-growing live-streaming social communities where users broadcast in real-time to share life moments, showcase their talents, and interact with people from around the world. BIGO LIVE has around 400 million users in over 150 countries and is currently the market leader in the live-streaming industry. Launched in March 2016, BIGO LIVE is owned by BIGO Technology which is based in Singapore.

“Cindy” with reggae anthem of We Got