PONY has opened its first concept store in TriNoMa

In TriNoMa in Quezon City, PONY, a company whose name is synonymous with attitude with a capital A, debuts its first physical location. The store, which is on the second floor next to the food court, offers a wide range of footwear, from the company’s classic models to its most recent releases.

Product of New York, or PONY, was established in 1972 on Madison Avenue in Manhattan, New York, with the intention of being worn by actual people. 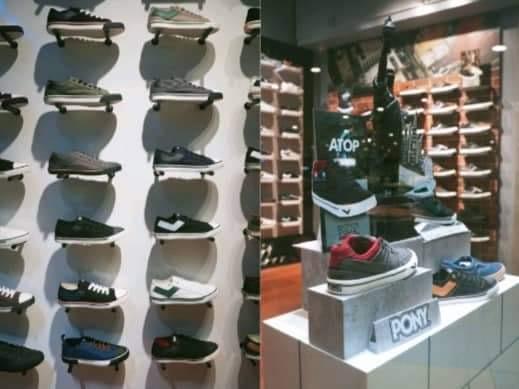 Due to the wear and endorsement of renowned athletes like basketball player Spud Webb and soccer player Pelé, PONY gained icon status in the 1970s and 1980s. Since then, it has been spotted on a variety of musicians and celebrities, including Hailey Baldwin, Justin Timberlake, Snoop Dogg, and others.

You can take advantage of 10% OFF on ordinary items as an opening bonus through August 17, 2022, exclusively. Visit the official PONY website at www.pony.com.ph and department stores all throughout the country for more styles.

Founded on Madison Avenue, New York in 1972 as the original sneakers designed for real people, the PONY chevron continues to point forward, seeking inspiration and collaboration with creative individuals all over the world. PONY was originally known for athletic footwear, but now it has expanded towards, sports, clothing, and street wear. www.pony.com.ph

Look: GET THROUGH THE RAINY SEASON WITH THESE 5 WATER-FRIENDLY SHOES