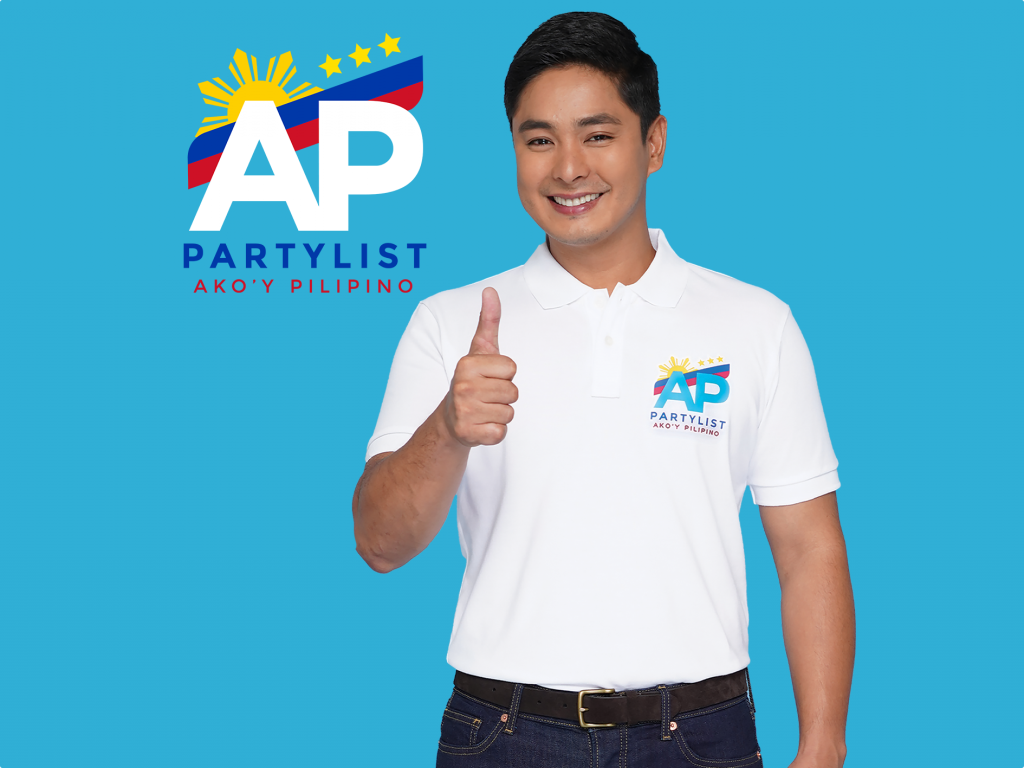 On Friday, February 25, Coco Martin, better known on-screen as Cardo Dalisay, is making the rounds as he launches his endorsement of a new partylist – AP Partylist #AkoyPilipino – rather than the partylist with the same name as his program. “Anuman ang hirap na ating pinagdadaanan, may kakampi na tayo…” Martin announced his new party-list group in a video that is already circulating online, with first nominee Rep. Ronnie Ong in action in the backdrop. “Ang AP Partylist ang tutulong magbigay ng trabaho at kabuhayan sa mga manggagawang Pilipino,” he goes on to say.

Rep. Ronnie Ong is Coco Martin’s long-time friend and is nicknamed by PeopleAsia as the “frontliner Congressman.” Ong is known for his various out-of-the-box COVID-19 Bayanihan projects since the first lockdown, such as his #LibrengSakay program for healthworkers, #LibrengGulay program for community kitchens, #LibrengTablets and E-skwela Hub e-learning centers for students and teachers.

Before the pandemic, Ong also supported senior citizens looking for employment through his Tulong Pangkabuhayan program, deploying various able-bodied and willing-to-work seniors at airports, public universities and government agencies. During the pandemic, he also helped out-of-work transport workers such as UV Express or FX drivers by employing them as #LibrengSakay drivers, as well as some laid-off ABS-CBN employees who found alternative work as contact tracers.

Enjoy up to 70% off at Ortigas Malls this March

QUARANTINE LIFE DURING THE COVID PANDEMIC