Look: GET THROUGH THE RAINY SEASON WITH THESE 5 WATER-FRIENDLY SHOES

We’ve selected practical and stylish footwear that will keep you looking and feeling your best despite the gloomy weather, as rain forecasts have recently become the norm. These top five pairs are perfect for going to work, school, or your upcoming trip with the barkada!

For those seeking a more covered shoe that gives major sneakerhead vibes, Merrell’s new Hydro Runner is for you. Like the Hydro Moc, it features a perforated EVA shell for a lightweight and flexible fit, but this shoe is further equipped with breathable mesh lining and a grippy lugged outsole. Rain or shine, Merrell’s Hydro Runner is perfect for swagging your streetwear style while keeping cool. Find them at Merrell concept stores and department stores nationwide.

Best known for their fun and feminine sneakers, Keds is giving us a reason to love the rainy weather with its cute new rain boots. The Rowan is fashioned after the sleek Chelsea boot silhouette and has a waterproof rubber upper. For something a little playful, check out the Keds x Rifle Paper Co. versions featuring the latter’s signature floral prints and patterns. If you want a little rocker edge to your look, nothing beats solid black or burgundy. Check these out and more from www.keds.com.ph and retail stores nationwide. 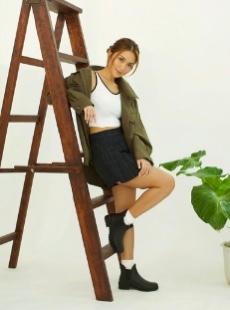 A company called Sperry is most known for its boat shoes, which since they originated from the water already qualify as rainy day necessities. Since then, the company has released two new pairs of EVA-made water-friendly shoes for all-day comfort. With their perforated uppers, the A/O Float Boat Shoes and Water Striders rapidly drain water, making them essentials for every weather situation. Shop these and other items at Sperry retail locations nationwide and on their official website, www.sperry.com.ph. 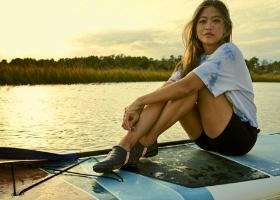 Future cities that are robust and sustainable